It was time to see some of the area around Bend, Oregon so we all hopped in the truck and headed out.  Our first stop was Pilot Butte. 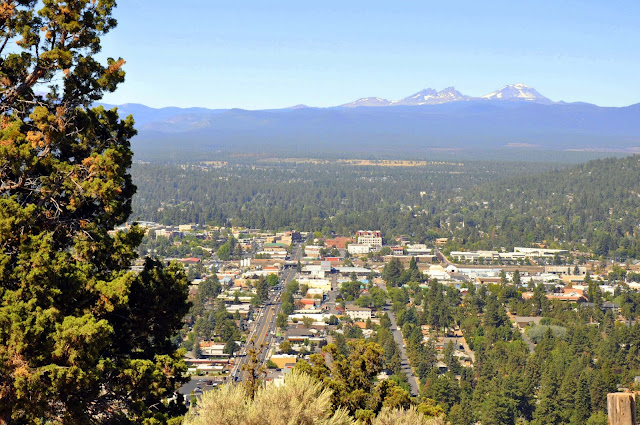 Pilot Butte is an extinct cinder cone volcano which rises nearly 500 feet above the surrounding plains. Bend is one of four cities in the United States to have a volcano within its boundaries. The land was given to the state in 1927 in memory of Terrence Hardington Foley, by his Bend business associates. Additional tracts were purchased in 1941. A prominent topographic feature, Pilot Butte was a landmark that guided wagon train immigrants who sought a safe crossing of the Deschutes River.
I didn't get a picture of the volcano from a distance so I borrowed this one from Wikipedia - 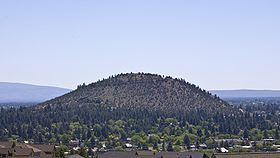 There are trails up but since we aren't hiking this year we drove up and then spent time enjoying the views.  I am not sure who this young lady was but I liked her pose. 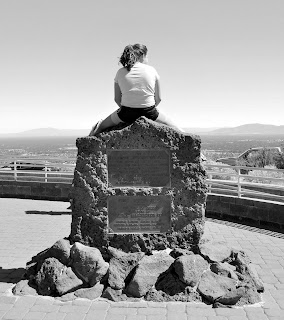 From Pilot Butte we headed up towards Mount Bachelor.  There is a large ski resort there but it was closed for the summer.  The drive was gorgeous and our destination was water.  We stopped at each lake we could find.  We should have planned ahead and brought a picnic but we didn't think of it. 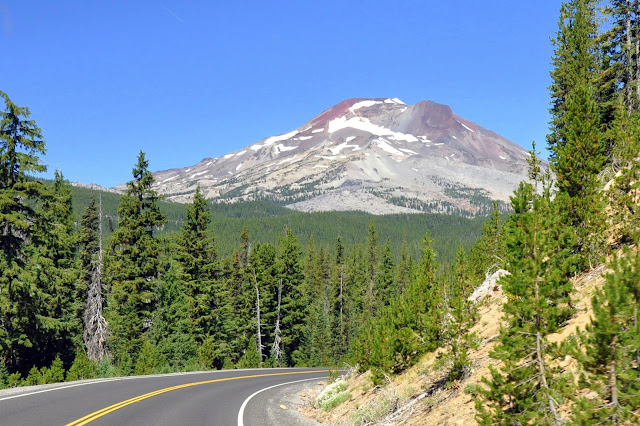 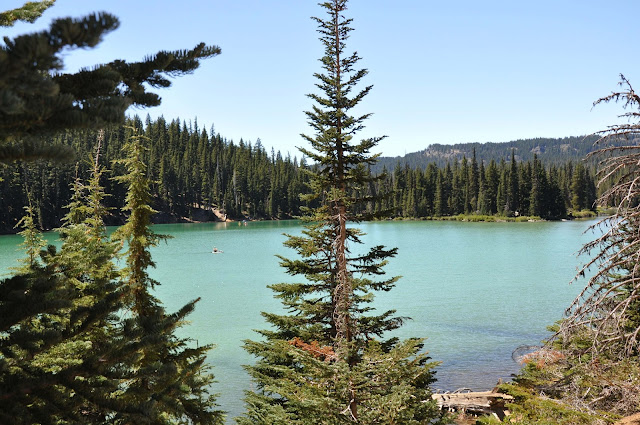 Since we didn't think to bring a picnic we sort of stumbled upon Cascade Lakes Brewing and had a great lunch there - with a brew of course! 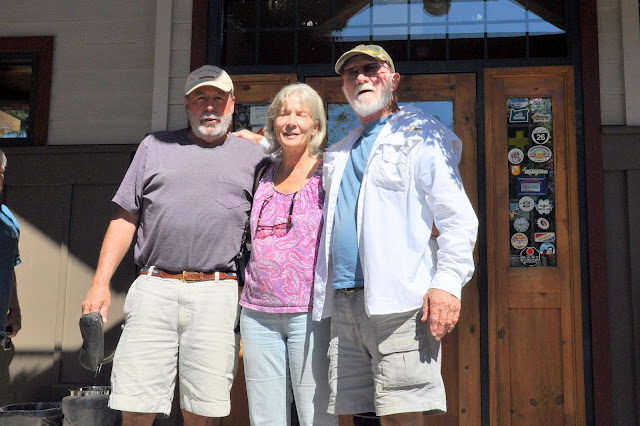 What a fun day it was!

It is the off-season for us and we are spending it in our desert home. We will hitch up again in July. 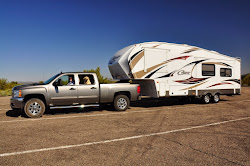 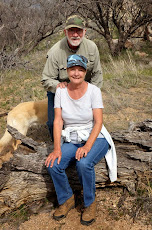 Welcome to our blog! Kirby and I are actually from Southern California but have lived most recently in South Carolina. We used to cruise around the Pacific and the Atlantic on our sailboat, even living in Mexico for a time. After our Atlantic cruise we lived in Charleston, SC for five years. When I retired in 2013 we purchased a big truck and a fifth wheel and now we 'land cruise' the United States. With us is our 60 pound yellow dog, Jake. 2015 will be our third season traveling in an RV. We now winter in Yuma, AZ in our small home and leave in our Cougar when it gets too hot! Come travel with us!

You will find many more blogs about the RV- ing life by checking out this website - Hitch Up and Go.